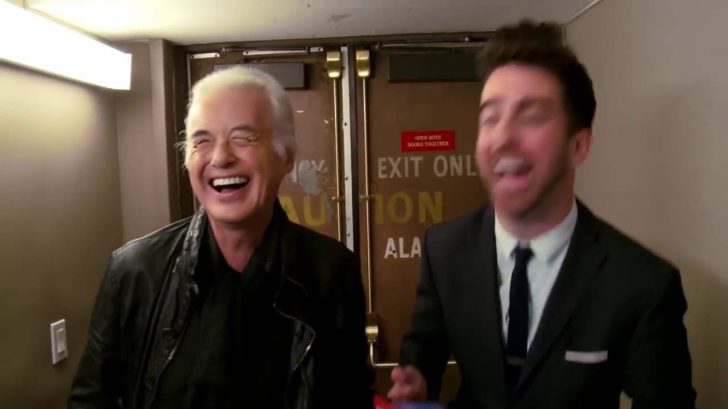 Jimmy Page, multi-instrumentalist musician and virtuoso British classic rock guitarist known for having been the founding member of Led Zeppelin from 1968 until its dissolution in 1980, and is considered one of the greatest, most influential, and versatile musicians and guitarists of all time.

In the video below, during an interview, he talked about his passion for the guitar and was asked to grade other guitarists – even himself, and the way he smiled when he heard his guitar solo with the Yardbird’s song, Smile On Me. He graded himself 11 because he is a living legend, forerunner of the double-neck guitar and one of the first to use a cello bow to strike his Les Paul, a fan of the occult and responsible for creating guitar solos that seemed to come from another planet, as well as being an emblem of rock.  And he’s Jimmy Page who also single-handedly influenced countless later guitarists.