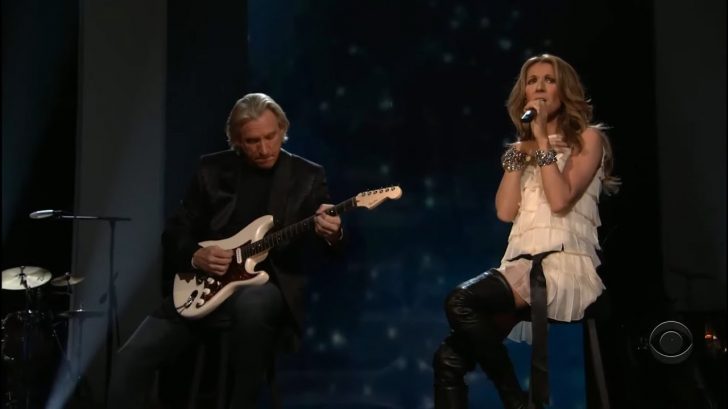 Most fans of singer Celine Dion may be divided into two groups: those who say “It’s the soundtrack of my life” or “Please God, let it stop…MAKE IT STOP” However, there is a third, more limited group of individuals who aren’t very interested in her music and simply like how outrageously, adorably corny she is.

In front of a live crowd at the Wiltern Theatre in Los Angeles, California, Celine Dion recorded the television special “Celine Dion: That’s Just The Woman In Me” on January 12, 2008.

Olivia Harrison, the late George Harrison’s widow, was honored by Dion. When she found out that Mrs. Harrison and Eagles guitarist Joe Walsh would both be at her performance, according to Dion, she swiftly decided to create a Celine version of the Beatles song “Something” and ask Walsh to play guitar. Despite being straightforward and minimal, their performance felt new and intriguing. It’s a shame that this song isn’t on any of her albums