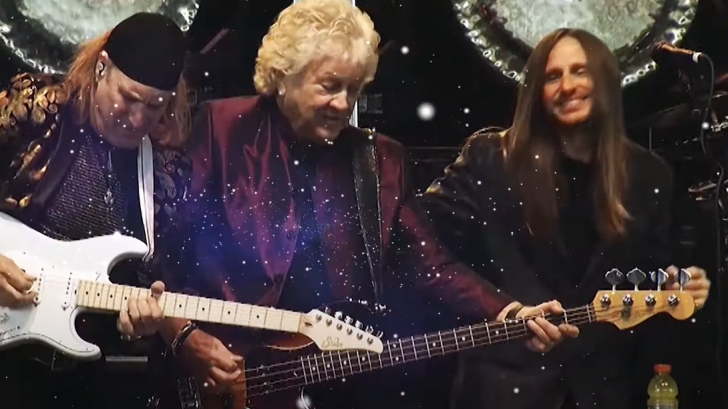 John Lodge, legendary bassist, songwriter, and vocalist for The Moody Blues, and Rock and Roll Hall of Fame inductee, released a new live album titled ‘The Royal Affair and After’. It features amazing new live recordings of all of his Moody Blues hits, including the new single “Ride My See-Saw” where you can watch the new live version video below.

Plus special tribute to all of his bandmates, Graeme Edge, Justin Hayward, Mike Pinder, and Ray Thomas. John was delighted to release this album, an album encompassing the songs he describes as “the soundtrack to his life”, and continues his deep search for “Keep the Moody Blues music Alive”. The album was recorded live in Las Vegas on ‘The Royal Affair Tour’, with bonus tracks recorded during their subsequent US dates.

During the ‘Royal Affair’ tour, Davison performed with John onstage for his ‘encore’ of ‘Ride My See-Saw’, a friendship blossomed where it led to Jon joining John on the tour.