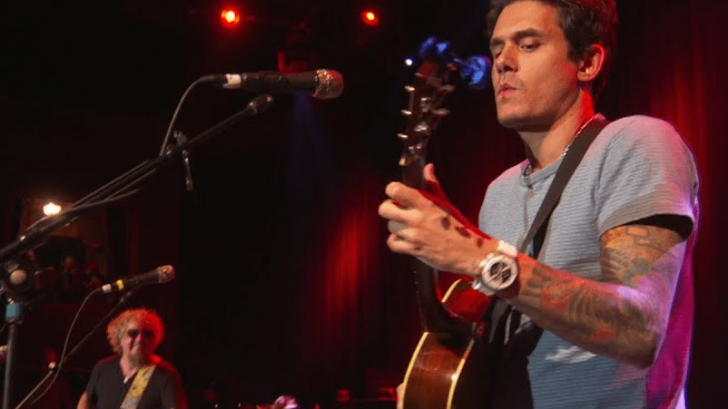 Between 2016 and 2020, the former Van Halen frontman collaborated with a range of A-list guitarists for gigs, discussions, and other engagements on Sammy Hagar’s well-known Rock & Roll Road Trip TV series.

In the same episode, Hagar invited John Mayer to play Finish What Ya Started by Van Halen on acoustic and electric instruments.

While Hagar plays his distinctive Yamaha AES-620SH guitar, which has a “Red Rocker” inlay, Mayer uses what seems to be his Martin OMJM acoustic guitar, giving the tune a plethora of bouncing strums and soulful fretboard blues licks.

Hagar plays an electric guitar, but he also employs a pristine clean tone that blends with Mayer’s Martin almost as well as the vocals of the two singer-guitarists do.