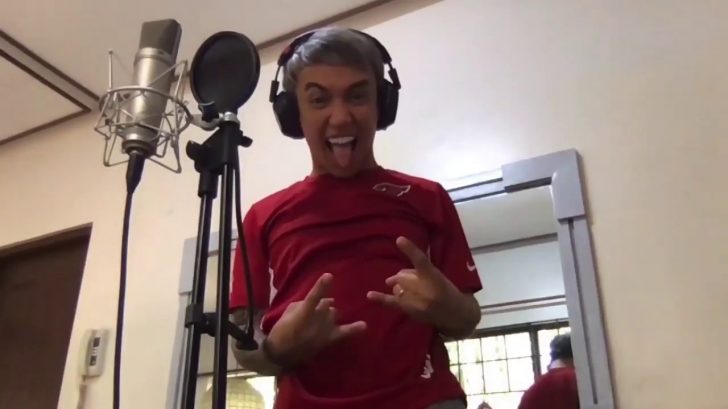 As many of you know, Pineda did not have an easy childhood in the Philippines, but life had a surprise in store for him: being the frontman of one of his favorite bands.

The internet has become an unpredictable showcase of talent. Our favorite story is Arnel Pineda’s. Pineda grew up in poverty on the streets of Manila, Philippines. In the video below, he covers the classic Aerosmith song, “Amazing” showcasing his voice with the same energy that earned him a deserved prestige. The power and range of the little Filipino’s voice will definitely blew you away.

Arnel Pineda has been at the helm of legendary rockers since 2007, when Journey guitarist Neal Schon discovered him leading a Manila cover band on YouTube. Since his entry, he has helped Journey get back into the big venues once again.

Of course, he has not gotten rid of certain criticism from the followers of the band, complaining about his ethnic origin and discarding his voice as an “imitation” of Perry. As a member of Journey, Pineda co-wrote and performed on a couple of studio recordings, ‘Revelation’ from 2008 and ‘Eclipse’ from 2011, as well as a direct ewn DVD, ‘Live In Manila’ from 2009.