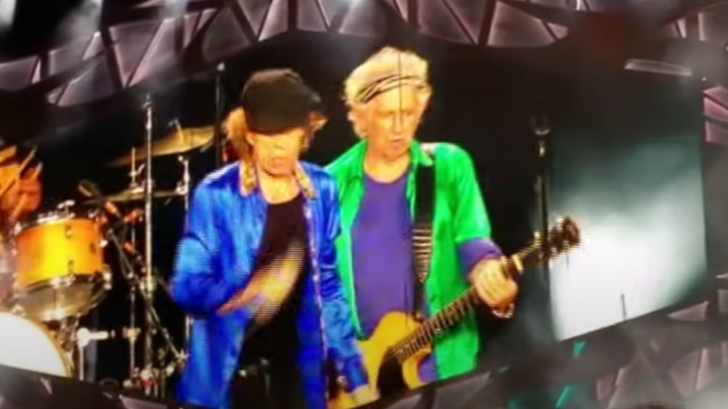 It is undoubtedly one of the best songs in the history of Universal music, considered within the top 5 in all history “(I Can’t Get No) Satisfaction” is a clear example of the reflection in the world of the 60’s, the hopes of his generation and the stoicism of the time.

“(I Can’t Get No) Satisfaction” is a portrait of a teenager racked by a general frustration. It is considered by critics as the best recording of the band and one of the best in contemporary music.

Richards wrote “(I Can’t Get No) Satisfaction” in his sleep and recorded a rough version of the guitar riff on a cassette player. The Rolling Stones planned the recording of the song, just five days after Jagger wrote the lyrics on May 10, 1965 at Chess Studios in Chicago. Like most of the Stones’ pre-1966 recordings, “Satisfaction” was originally released in mono alone.

In the video below: during a show in Atlanta, Mick Jagger thanked the choir who backed him up on You Can’t Always Get What You Want, then Keith Richards launched Satisfaction. However, his second note was off. He stopped playing a bit and he and Mick made fun of it. Surely a fun time for the rock and roll twin.