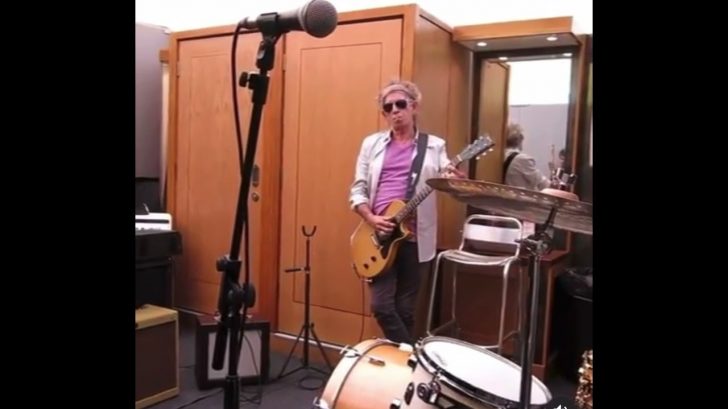 He is 78 years old, but has already enjoyed at least three lives. Unrepentant militant in the trench of the Rolling Stones, Keith Richards is definitely one of the treasures of rock, the sweeping validity of the blues and the only addiction that ensures not having managed to leave: the music

Keith Richards is a British guitarist, singer, songwriter and producer, founder of the rock band par excellence: The Rolling Stones. Being uninterruptedly in the group with the singer Mick Jagger and the drummer Charlie Watts, from its formation, to the present day. Becoming the longest lasting musical association in rock history.

The guitars that Richards has used in his career are untold, having over 3,000 guitars in his possession. But his main, characteristic and famous guitar is a Telecaster from the 50s, which he calls Micawber. Fictional character invented by writer Charles Dickens, watch him play the guitar in the video below a he gets his blues on backstage.