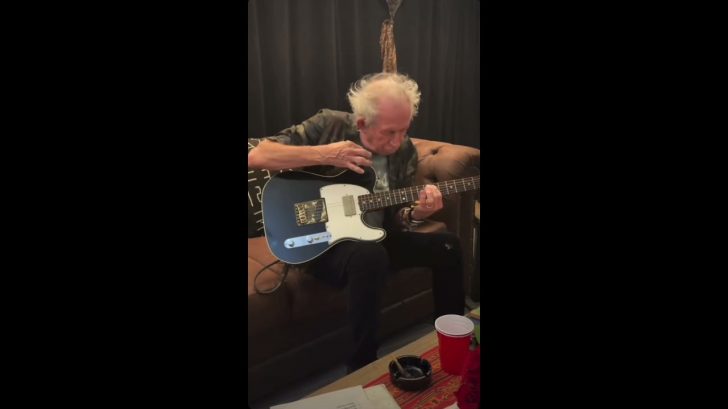 The life of Rolling Stones guitarist Keith Richards is a devastating and moving tale that highlights extreme aspects of the musician’s personality invites you to listen to his songs and forces you to admire his metabolism, his life could be made in a movie titled Surviving life.

Keith Richards has mistreated his body viciously for decades (drinking, smoking, snorting, shooting …), and live to tell about it, they are the confessions of an artist who, in addition to creating his own style and playing some of the best riffs in rock history, boasts of having become a survivor. In Richards’s case, it is about three specific elements, sex, drugs, and rock, and roll, which he continues to treat with the sweetness and understanding of an old lover.

Sex, drugs, and rock and roll. An explosive cocktail that marked the daily life of the fourth best guitarist in the world. At 77 years old, nobody can explain, including himself, that Keith Richards is still at the foot of the canyon and more after the occasional dabble in death. Although it seems now is the time to put a stop to the “infamous” lifestyle, as he calls it, and move away from alcohol and tobacco. This was announced, after the memorable party that the Rolling Stones musician organized for his birthday and the 35th anniversary of his wedding with Patti Hansen.

Watch him in the video below, as he jams backstage while he is stoned.