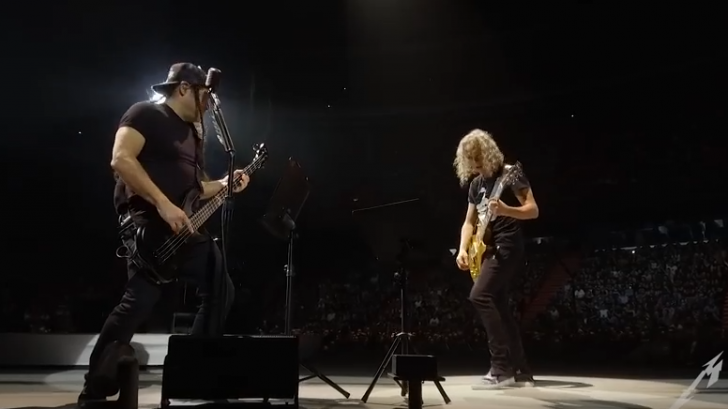 It’s Official – We’ve Heard It All

During their show in Sweden last May 7, Metallica decided to pay tribute to one of the biggest and most successful Swedish acts – ABBA. Robert Trujillo and Kirk Hammett played “Dancing Queen” to the surprise and delight of the audience. And you know what we love about this performance? They’re totally having so much fun and we’re here for it. Besides, Metallica covering “Dancing Queen” is still more metal than anything we’ve heard from today’s artists.

And while we’re fully aware that it’s not exactly perfect (no one expected it to be), at least they tried so we’re giving them A+ for effort. It could be worse – like, Lars Ulrich could have joined them.

Anyway, it’s not the first time they paid tribute to other artists during their WorldWired Tour in Europe. They also played Europe’s “The Final Countdown” and Aha’s “Take on Me” to name a few. It’s a good segment and we’re hoping to see more.