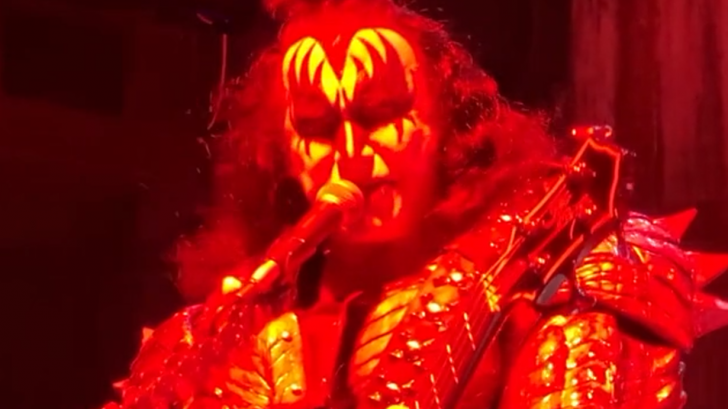 Kiss’s performance at a business event at a tiny bar in downtown Austin was captured on video and posted online.

A video of Kiss performing their whole set at a weekend gig at a small Texas bar has surfaced. Less than 100 people appeared to have attended the performance, which was purportedly a private business event organized by tobacco giant Philip Morris International and held at the Vulcan Gas Company, a tiny bar in downtown Austin.

Additionally, an image of Kiss and Formula 1 racer Carlos Sainz Jr. surfaced on Facebook. Sainz Jr. knocked out after competing in pole position for the US Grand Prix, which was held at the Circuit Of The Americas in Austin while he was in Texas.

Although there are few specifics, video of the event has surfaced in a number of locations, including brief Facebook snippets and an hour-long film on writer and broadcaster Michael Cavacini’s website. You may watch the videos below.

Kiss performed a 14-song concert at the Vulcan Gas Company, starting with Detroit Rock City and ending with Rock and Roll All Nite.

Detroit Rock City
Shout It Out Loud
War Machine
Heaven’s on Fire
I Love It Loud
Cold Gin
Lick It Up
Calling Dr. Love
Love Gun
I Was Made for Lovin’ You
Black Diamond
Beth
Do You Love Me
Rock and Roll All Nite