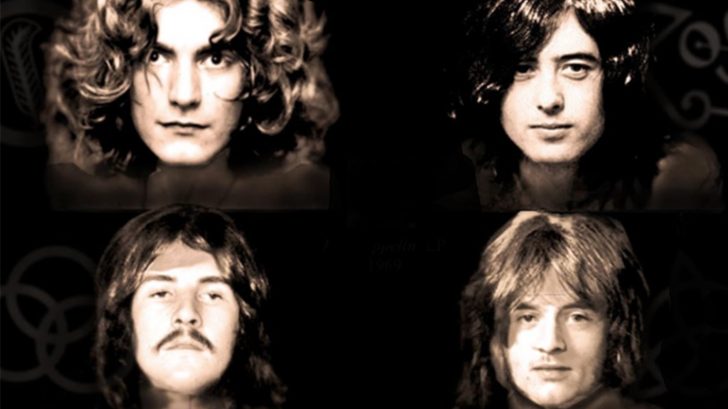 Ever wonder how the members of Led Zeppelin aged in the last 50 years?

Well, with the wonders of modern visual technology, we can see how the four members, Robert Plant, Jimmy Page, John Paul Jones, and even the late John Bonhanof one of the greatest bands of all time morph decade by decade from the time they started out as a band in the sixties until present day. YouTuber Angel Nene seems to have an expertise in this 3D morphing effect of iconic stars throughout history. The videos in this type of visual effect have already garnered millions of views across platforms.

What’s nice about Angel Nene’s transformation videos is that it not only features the changes in the celebrities’ looks but it includes a brief history about the band, the members’ biographies, their hits in that time, and their discography year by year.

We go through the history of Led Zeppelin as we watch them age and evolve. The effect is actually somewhat creepy but amazing at the same time. The whole video itself also features Led Zeppelin’s best songs including Stairway to Heaven, Black Dog, Whole Lotta Love, Immigrant Song, and Kashmir.

How does this 3D morphing transformation effect work? Well, it looks like pictures from year after year are morphed from one to the next using a specific software or plug in. It takes skill to keep the photos and the faces in the same position to be able to successfully morph them forward in time.

Angel Nene’s YouTube channel also features other rock icons such as Freddie Mercury, George Michael, Oasis, David Bowie, The Rolling Stones and more. The channel also has videos featuring rock icons who have aged the most. The transitions of these changes are obviously done with great care and detail.

Watch the aging of Led Zeppelin in the video below: