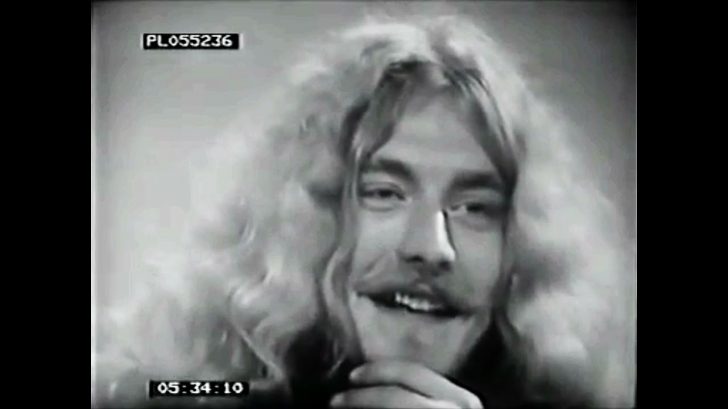 After decades, many music lovers continue to ask the same question: Which band is better? The Beatles, Led Zeppelin or the Rolling Stones?

Each person will have their opinion on the matter, but in 1970 the quartet led by Robert Plant and Jimmy Page was listed as “Group number one” according to Melody Maker, surpassing the Fab Four of Liverpool and Mick Jagger and company.

To celebrate their victory, John Bonham, the Zeppelin drummer, and Robert Plant were invited to a prime-time British television show to talk about the award, which resulted in a glorious moment for all the wrong reasons. The segment began with the host of the show welcoming the band by playing a snippet of their music, and then his colleague declared, “It’s great. It’s wonderful. It’s number one. Led Zeppelin.”

Although the title was awarded as a result of a survey in a music magazine, Zeppelin’s victory actually had great cultural significance as The Beatles had held the same title for the past eight years.

Upon initiating his dialogue with the group, the host lashed out with a string of awkward questions with mention of The Beatles: Could Led Zeppelin last eight years at the top like Lennon and his crew? Could they “be clever enough”? And, almost belittling them, could we “hum some of your stuff”?

With the conversation seemingly on the verge of turning bitter, the host finally tries to bring Robert Plant into the debate. However, instead of talking about his illustrious musical career, he opts to ask him what it is like to “have money now”, which makes the pair laugh at the absurdity of the situation in which they find themselves.