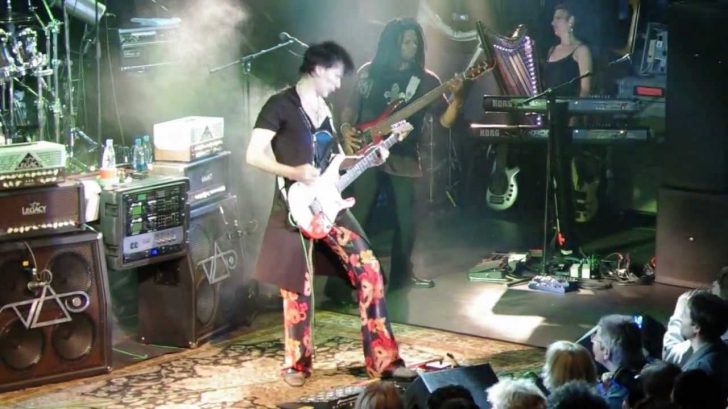 Legendary guitar hero Steve Vai does the ultimate rock star move yet again as he blows the minds of his audience by blowing up his amplifier! Yes, it seems like the rock guitarist rocked out too hard and destroys equipment in the process – like any great rockstar does. While playing his hit track “Gravity Storm” from his eighth studio album Story of Light released in 2012, Vai proceeds to shred up a storm all right and his amp couldn’t take it anymore and blows – mid shred! Before the technical meltdown though, it looked like he was really feeling the song and you could see him dancing and jumping around on stage. It also looked like he could dance all night until the amp giving in interrupted his state of rocking-out stupor. Although a technician approaches him on stage, trying to save the performance, Vai dismisses him and joking blames the audience for the mishap, telling them, “you made me blow up an amplifier”, much to the audience’s delight.

See how the whole thing unfolds in the video below: