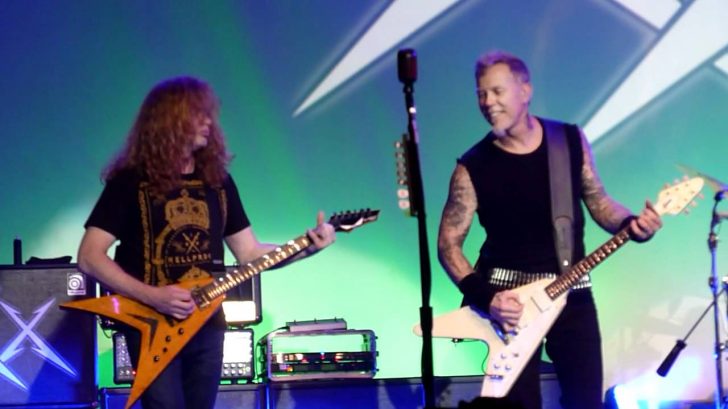 On the final of four 30th anniversary shows in 2011 at The Filmore in San Francisco, Metallica featured the return of two original members: bassist Ron McGovney and guitarist Dave Mustaine.

In contrast to Mustaine’s exit, which took place when his bandmates woke him up, told him he was fired, and threw him on a bus from New York to his home in California, a four-day trip during which he formed Megadeth, McGovney’s departure from Metallica in 1982, when Cliff Burton took over, was relatively peaceful.

Kirk Hammett, Mustaine’s replacement, is better at managing the band dynamic since he cedes control to James Hetfield and Lars Ulrich, a sometimes dysfunctional combo, while still retaining some creative control.

McGovney and Mustaine were enthusiastically welcomed back since the shows were a celebration of the legacy of Metallica. For the final five songs, Mustaine jumps in, which he contributed to each of them before he left the band:

Watch him perform Phantom Lord with Metallica in the video below: