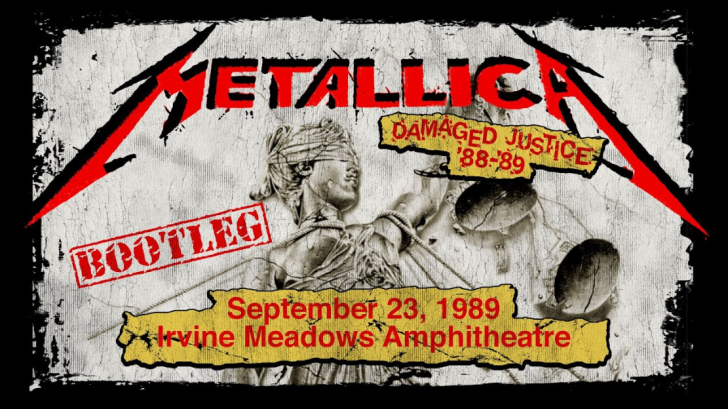 Metallica has broadcast the latest episode of its ‘Metallica Monday’ series, this time the 1989 Damaged Justice tour. The show took place on September 23 in Irvine, California, the last stop on Metallica’s North American tour that year.

Damaged Justice was Metallica’s fourth concert tour. It started on September 11, 1988, and ended on October 8, 1989. The name is believed to be inspired by the art cover of the band fourth studio album… And Justice for All, or for the song “Damage, Inc.” from the previous album, Master Of Puppets.

“Metallica Mondays gets busted by security!,” says the band. “Check out the bootleg camcorder footage (with soundboard audio) from the final gig of the North American leg of the Damaged Justice tour … filmed on Lars’ personal camcorder at Irvine Meadows Amphitheatre in Irvine, CA on September 23, 1989.

“Don’t expect some fancy pro-shot video this time around!”

Metallica Mondays are broadcast on both the official YouTube channel band and the Facebook page at 8 p.m. ET (1 a.m. BST) every week, with fans able to donate live cash to Metallica’s All Within My Hands Foundation during the broadcast.