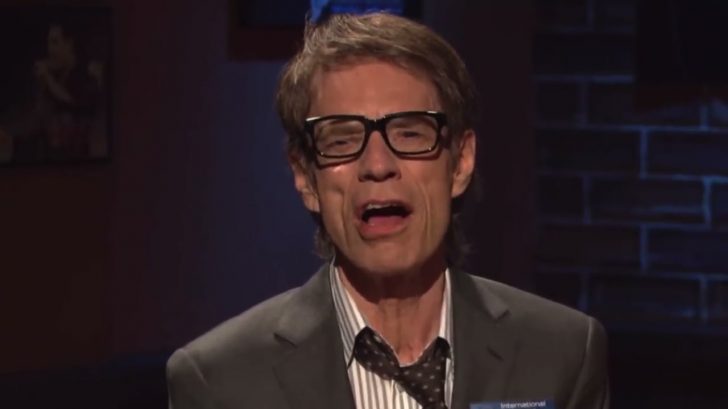 Rocker Mick Jagger put his comedic skills to the test when he appeared as a guest host on Saturday Night Live in the 2012 season.

With 47 seasons on screen, it is undeniable that Saturday Night Live (SNL) is an American relic, pride, and heritage. On the same level as apple pie or baseball? Possibly.

It all started on October 11, 1975 (with George Carlin as a special guest), until the most recent episode (Oct. 16, 2021) with Rami Malek hosting, not only season 47 of the program in question but also the most triumphant stage of his career (raising “Oscars” and Golden Globes for the film “Bohemian Rhapsody”, with which he became involved in front of and behind the scenes).

The Rolling Stones frontman was invited to the popular American show twice to sing. But he had never been a host, a job that usually involves participating in various comedic skits. In 1978, Jagger and the rest of the Rolling Stones shared the duties of conducting that show, but this time it was the vocalist’s turn.