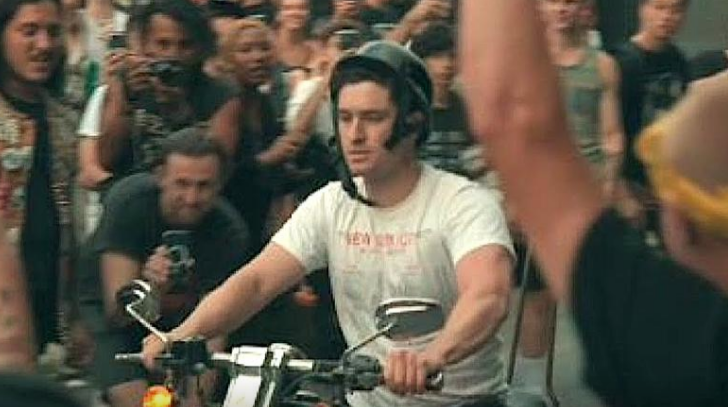 As we have been slowly returning to normal, and music fans going to concerts, few are doing it with a potentially dangerous stunt.

In the video below, a rider wearing his helmet decided to bring his motorcycle in the middle of a mosh pit during an outdoor punk concert.

The stunt was captured on August 21, in NYC while the punk-hardcore band, The Fight, was doing a block party-style concert in Queens for the punk show archive hate5six.

The incident was filmed by the videographer, Sunny Singh, who was there to film the band’s set. Quickly sharing the clip on Instagram:

After capturing the ridiculous stunt, the videographer then tweeted:

“Shout out to the guy who drove a motorcycle into the pit for The Fight. Nearing my final form as a full-blown meme account,” referencing the viral clips from hate5six.

Luckily no one was injured during the motorcycle stunt in the middle of the mosh pit.