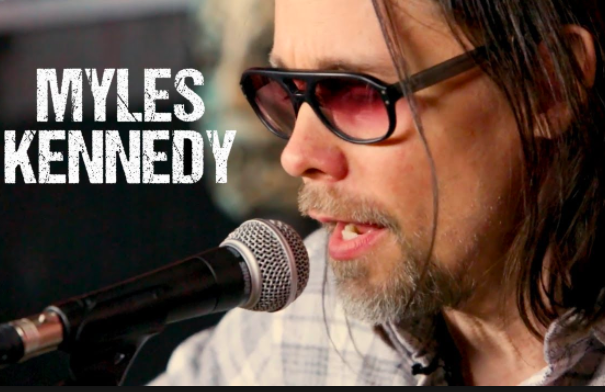 Myles Kennedy has another single out from his newest debut solo album Year of the Tiger. The track, called “Devil on the Wall” addresses the death of his father.

The track is obviously very personal to the singer, and is a fresh departure to the hard rock music fans are accustomed to. The former guitar instructor  plays banjo, lap steel, bass, and mandolin in addition to guitar throughout the album, but in this live performance, it’s just raw acoustic guitar, and all his pure emotions into his vocals.

Watch Myles Kennedy perform “Devil on the Wall” in the special acoustic video featured by Loudwire below: