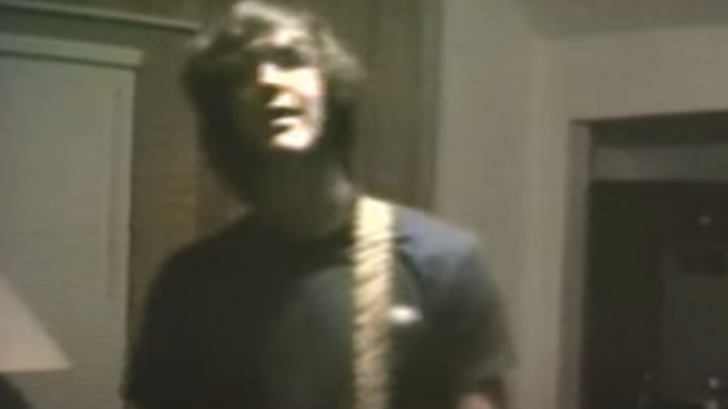 Even though Cobain despised what Led Zeppelin represented, the grunge pioneers did cover the English rock band at various points throughout their career. The most notable example is their cover of “Heartbreaker,” a song from 1969’s Led Zeppelin II that appears on the Nirvana compilation Sliver: The Best of the Box.

But the most renowned does not necessarily imply the greatest. Nirvana’s raucous performance of “Immigrant Song” at their 1988 practice at bassist Krist Novoselic’s mother’s house in Aberdeen, Washington, is debatably their best Led Zeppelin version.

Only footage of the young band performing the sluggish cover of the 1970 classic is available, and it looks to include one of their original drummers, Chad Channing. Kurt Cobain may be seen performing what can only be characterized as the most Kurt Cobain thing possible when Novoselic and Channing are really going for it and dominating most of the screen time.

The rare video serves as a time portal to bring Nirvana back to the early stages of their career, when they were still finding their artistic footing. It presents a real-life image of the three enjoying their music, which was what they did best.