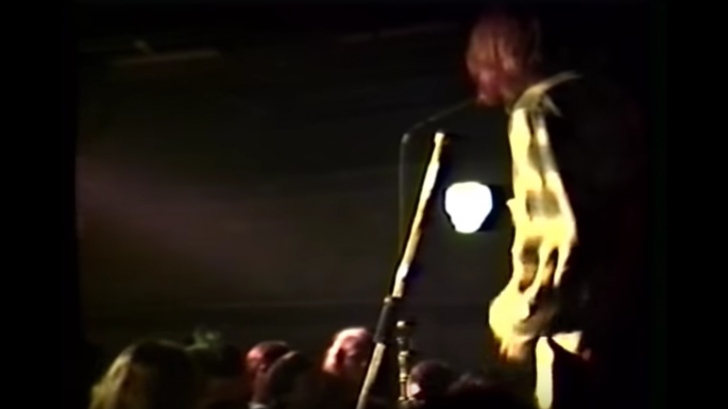 As Raw As It Can Get

Sometimes we think of Nirvana as that legendary grunge group with timeless classics and we often forget that they had to start somewhere – everyone does. And this footage is a real gem considering it was a few months before the band managed to break into mainstream and had everybody singing their songs.

This was their performance at a small club in the OK Hotel in Seattle just before flying to L.A. to record their iconic album “Nevermind.”

“I was trying to write the ultimate pop song. I was basically trying to rip off the Pixies. I have to admit it. When I heard the Pixies for the first time, I connected with that band so heavily that I should have been in that band—or at least a Pixies cover band. We used their sense of dynamics, being soft and quiet and then loud and hard.” – Kurt Cobain

Ladies and gentlemen, on April 17, 1991, Nirvana performed “Smells Like Teen Spirit” live for the first time. The audience didn’t know it yet but that was a pivotal moment because it was one of the songs that secured Nirvana a spot in the rock ‘n roll pantheon.