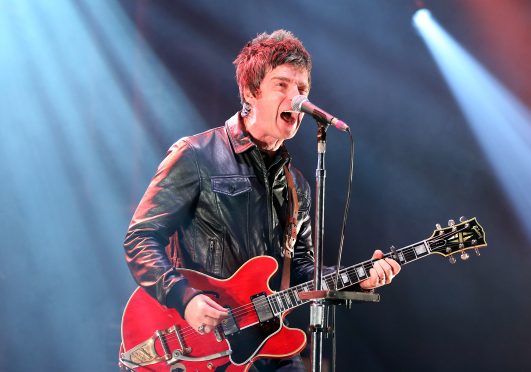 Noel Gallagher performed their 1995 Oasis classic, “Don’t Look Back In Anger,” last May 26 in Perth, UK for BBC’s annual Biggest Weekend Music Festival, and a professional video from the event got streamed online.

“Don’t Look Back In Anger” was the fifth single from Oasis second album called “(What’s The Story) Morning Glory?” which went from UK’s No. 1 tune to 14-times platinum in the country and sold of almost half a million copies.

Oasis is probably one of the most underrated bands in the history of music despite being one of the UK’s biggest rock acts. Formed by the brothers Noel and Liam Gallagher in Manchester in 1991. They managed to release at least seven studio albums that reached No. 1 in the UK before disbanding in 2009 after selling more than 70 million albums worldwide.

Noel Gallagher’s band “High Flying Birds” footage while performing their single called “She Taught Me How To Fly,” from their latest album, “Who Built The Moon?” will also be shared by BBC.

Noel released the single as a digital bundle which includes an instrumental version and a remix.

The album was produced by David Holmes which also features guest appearances by Paul Weller and Johnny Marr and earned Gallagher his third consecutive UK No. 1 record.

On the other hand, BBC Music’s Biggest Weekend Festival is often held in a different location in the UK each year, the 2018 BBC Festival’s edition simultaneously hosted events in Perth, Swansea, Coventry, and Belfast.

Check out the videos below: