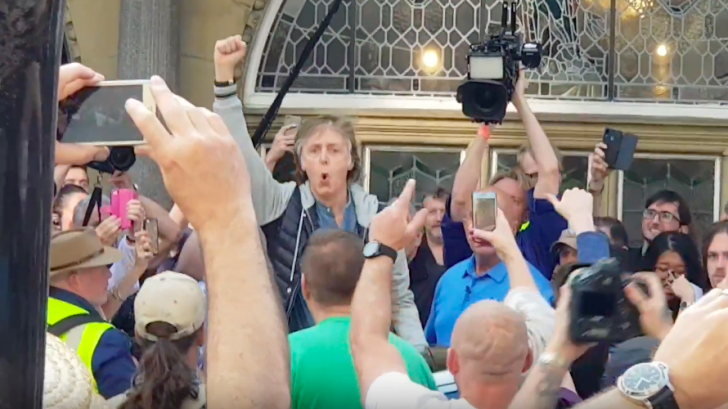 How lucky are these people!

The great legend Sir Paul McCartney surprised some lucky fans with a secret Liverpool gig and everyone loved seeing the former Beatle back in his hometown.

Macca was in Liverpool with Late Late Show host James Corden, strolling around the city and greeting people on the street. They were ween in a car on Allerton Road seemingly filming a Carpool Karaoke segment of The Late Late Show.

McCartney was even seen taking a selfie with his own statue at the Pier Head.

As Sir Paul headed back into town into the Philharmonic pub, 50 lucky people were able to watch a special surprise performance. Naturally, the unsuspecting fans were overwhelmed by this delightful surprise Sir Paul has gifted them.

The set reportedly included two new songs ahead of a rumoured new album.

Paul McCartney's secret gig at the Phiharmonic Pub at the weekend.Footage of Macca's surprise visit to the Phil . . . Thanks to Fab Gear Fab Rave . .