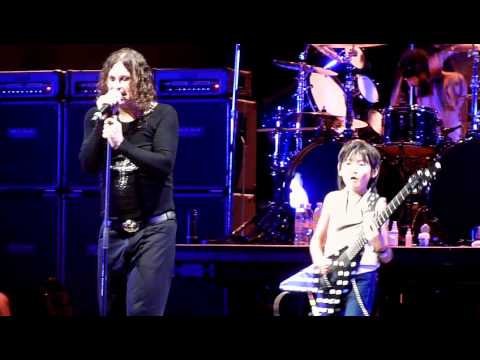 Yuto Miyazawa, born February 21, 2000 (21 years old), is a Japanese rock guitarist, and a child prodigy in music who performed with Ozzy Osbourne in 2010 when he was just 10 years old.

Miyazawa was named “The Youngest Professional Guitarist” by the Guinness Book of Records in August 2008.

Since his discovery, Miyazawa has performed with numerous music legends over the past years, including GE Smith, Les Paul, and Ozzy Osbourne. He played Madison Square Garden with BB King.

In May 2009, Miyazawa appeared on The Ellen DeGeneres Show, where she performed “Crazy Train” playing guitar and singing, mentioning Ozzy Osbourne and Randy Rhoads as her musical idols.

Yuto appeared on stage at Blizzcon 2009 with Ozzy playing “Crazy Train” in what would be his first concert. In 2010, Yuto returned on The Ellen DeGeneres Show and played “Paranoid”, meeting Ozzy again at the 2010 Ozzfest where he played “Crazy Train.”

Keep going for the video below and be amazed by this ten-year-old kid at the time::