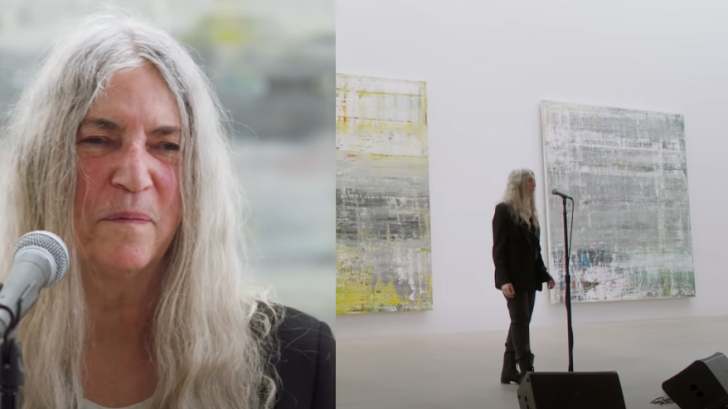 For her great work, Smith was appointed Commander of the Order of Arts and Letters by the French Minister of Culture on July 10, 2005.

She was inducted into the Rock Hall of Fame in 2007, succeeding in having her dedicated to her deceased husband. The following year, a live album with Kevin Shields, The Coral Sea, was released.

In the seventh episode, premiered on June 8, 2021, of Gagosian Premieres celebrates “Gerhard Richter: Cage Paintings” Patti Smith was invited to perform during the exhibition presented at Gagosian New York and Beverly Hills.

During the special performance, Patti Smith was joined by Tony Shanahan in performing “Wing” from her 1996 album “Gone Again.” Patti Smith also shared her thoughts on how she admired Gerhard Richter’s works. She also read excerpts from Cage’s text “Lecture on Nothing” (1959).