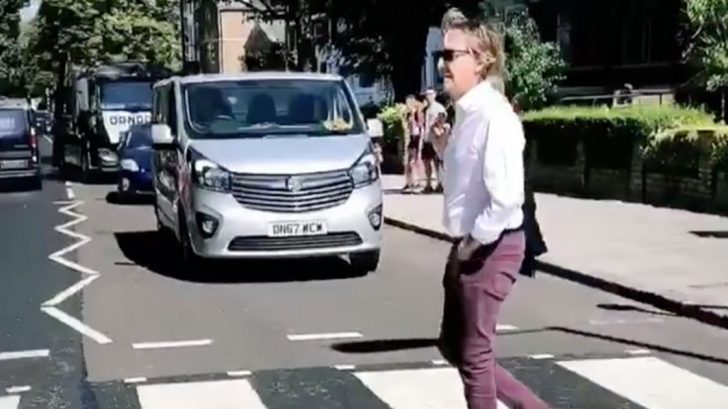 One of the Beatles iconic album, Abbey Road, will have its 49 Anniversary on Sept. 26. Remember the iconic photo of the four Beatles crossing the Abbey Road which was featured on their album’s cover? The iconic Abbey Road crossing was taken just over a month before releasing the LP’s. Just recently, Paul McCartney shared a video of himself crossing (once again) the street and making the onlooking crowd dropping their jaws.

It just happened that the legendary Beatle was on his way to the Abbey Road Studios to conduct a surprise performance in support of his upcoming solo album, Egypt Station, due to be released on Sept. 7. The video of Paul crossing the lane on Abbey Road was captured by his daughter, Mary. You can check the video below.

The original Abbey Road photograph was shot by Iain Macmillan on August 8, 1965.

Here the video below.