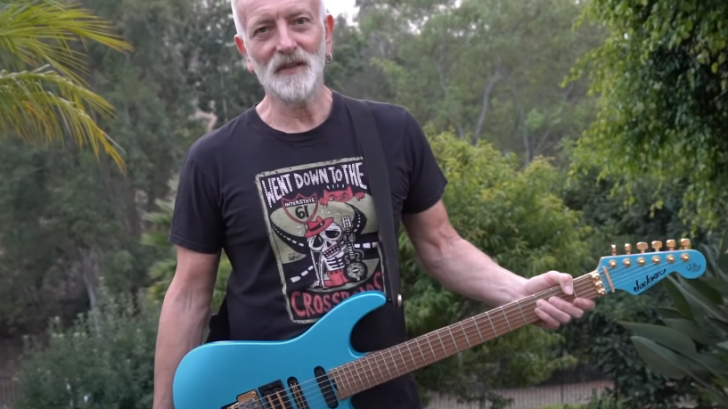 Joe Satriani’s Stripped x Three is a collection of background tracks from three of his albums: Black Swans and Wormhole Wizards, Is There Love in Space? as well as Shapeshifting.

Satch managed to get Steve Vai, Lari Basilio, Bumblefoot, Phil Collen, Sammy Hagar, and others to perform over parts of the tracks on video.

Phil Collen wrote in the description of the video:

The album Shapeshifting’s lead single, “Nineteen Eighty,” finds Satriani mentally traveling back in time to the period when he was playing with his first band, THE SQUARES. The future guitar superstar the world would come to know less than a decade later, however, would have to wait. Years removed from those objectives, he was free to go forward and make an effort to recapture what was on his mind in 1980. He recalls that in those early days, they “dialed back the guitar solos and histrionics to try to create a cooler new wave vibe.”