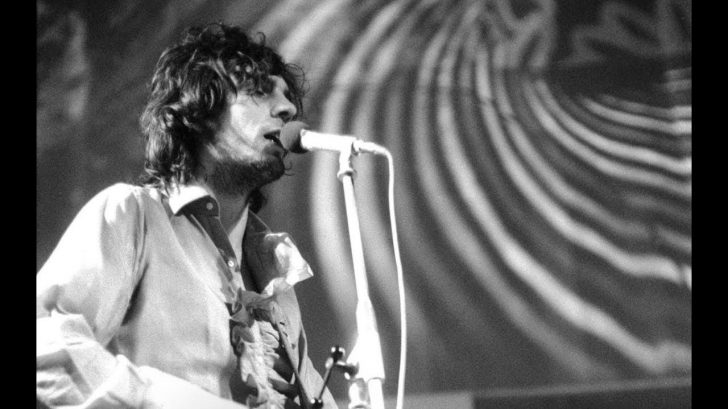 A video of just eleven minutes that is divided into two parts brings us a little closer to the eternally mysterious character of Syd Barrett, co-founder of Pink Floyd and the person behind the songs like “Shine on You Crazy Diamond” or ” Wish You Were Here “.

As is well known, Barrett had a strong mental decline probably caused by excessive drug use and strong schizoid psychological tendencies, for which in April 1968 he was forced to rescind the group that he formed and led from 1965, being the main the writer of the band.

On an 8mm gem from 1966, then-film student and now renowned filmmaker and documentary maker, Nigel Gordon, recorded what would be Syd Barrett’s first psychedelic journey with his friends and, by all accounts, with the legendary visual designer. Storm Thorgerson, known for making iconic album covers for Pink Floyd, Led Zeppelin, Scorpions, Black Sabbath, and many more. In the first part of the clip you can see the young people having fun and talking, while in the second part a direct cut is made to 1967 when Pink Floyd signed their first recording contract with the EMI label at Abbey Road studios.

The film “just happened…. It is an unselfconscious film. It was not planned,” he said.

In the IMDB description of the video, Gordon himself wrote the content of the clip: “I shared the flat with some close friends from Cambridge, including Syd Barrett, who was busy becoming a rock star with Pink Floyd. A few hundred yards down the street at 101 Cromwell Road, our preternaturally cool friend Nigel was running the hipster equivalent of an arty salon.”

He continued: “Between our place and his, there passed the cream of London alternative society–poets, painters, film-makers, charlatans, activists, bores and self-styled visionaries.”