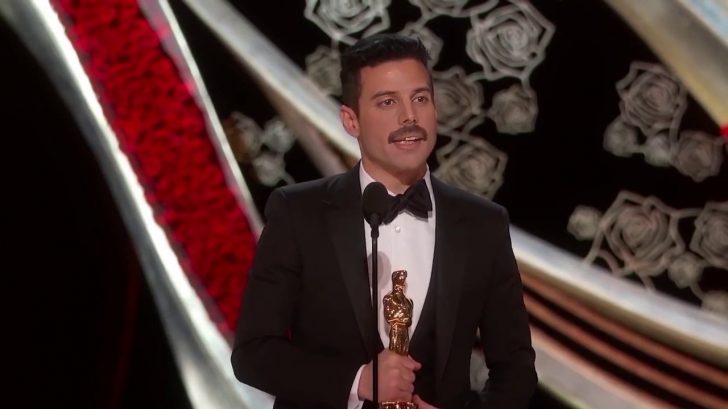 Every impersonator explains that he is always looking for and exploiting a “brand”: a catchphrase or a physical tic of the person to be imitated that helps him build the character.

Rami Malek, becoming Freddie Mercury was as easy as knowing how to say “awlright” (the singer’s peculiar way of pronouncing the word alright, “okay, okay”).

So much so that, when watching the imposing recreation of Queen’s staging for the Live Aid concert in 1985, it is easy to forget that what you are seeing is not real.

He also investigates the singer’s psyche to reveal a vulnerable and anxious soul, who denies his birth name, Farrokh Bulsara, and whose alter ego only awakens in front of the spotlight.

Due to his untimely death in 1991 from AIDS-related pneumonia, there is no autobiography that gives us a glimpse of his innermost thoughts.

No one can question Malek’s commitment to the role.

He auditioned for six hours long before the film was funded and spent hours studying amateur fan-shot videos of Queen to acquire Mercury’s mannerisms and stomping on stage.

Watch the video below as Rami Malek receive his Oscar award and his face was swapped with Freddie Mercury’s face using the deep fake technology.