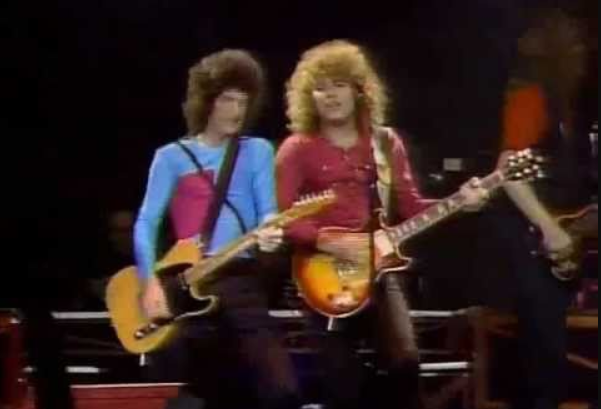 REO Speedwagon takes its name from REO Speed ​​Wagon, a type of truck and fire engine made by REO Motor Car Company. (“R.E.O.” are the initials of company founder Ransom Eli Olds.)

Throughout their career, which has spanned the late 1960s, they managed to sold 40 million albums worldwide. Two students from the University of Illinois, keyboardist Neal Doughty and drummer Alan Gratzer, were the founders of the band, which was later joined by guitarist Gary Richrath, bassist Gregg Philbin and singer Terry Luttrell. This formation in 1971 resulted in the group’s first self-titled album for Epic Records.

“R.E.O./T.W.O.” (1972) continued along the same lines as the previous one and impatience grew among the components for their slow commercial progress. Cronin received the farewell letter and was replaced by Mike Murphy, whose debut with the band, “Ridin ‘the Storm Out” (1973) was the first of the quintet to enter Billboard.

One of the best songs from the album was the title track, and its iconic moment was when the group performed the song in Denver, CO in 1981.

Keep going and watch the live performance below: