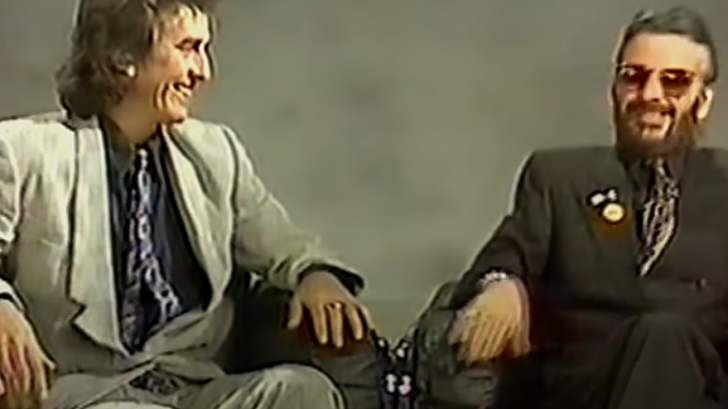 Although they had serious differences after the dissolution of The Beatles, Ringo Starr and George Harrison became good friends again during the guitarist’s last days.

Ringo Starr and George Harrison were inseparable friends even before Ringo formally became the drummer for the Beatles. A friendship that will last until the day George Harrison set out to contemplate the face of his beloved Sweet Lord.

It was George who would introduce him to Paul and John, and immediately there was a good vibe with them. Unlike the estrangement that remained between Lennon & McCartney after the Beatles split, the relationship between George and Ringo was strengthened leading them to collaborate on several albums. Ringo was the one who came out the best, he always had an excellent relationship with his former bandmates. He was the friendly guy who balanced them.

George had a huge impact on Ringo who fell into a depressive spiral, and he himself would comment that George’s absence in his life has been one of those very difficult holes to fill. Both George and Ringo were essential architects of the Beatle sound, both musicians provided their artistic gifts, contributing and enriching the work of the famous quartet with innovative techniques.

Watch the video below, Ringo Star acting funny as hell with George Harrison during an interview: