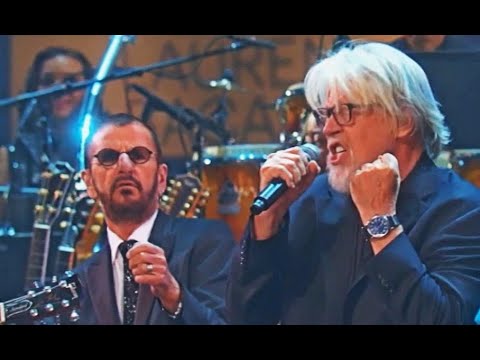 At the 39th Annual Kennedy Center Honors , a multigenerational array of performers gathered to honour the Eagles and sing some of the group’s most renowned classics. Other awardees for the night featured Mavis Staples, James Taylor, Al Pacino, and pianist Martha Argerich.

The Eagles were stunned and honored with an all-star rendition of their hit “Life in the Fast Lane” at the 39th Annual Kennedy Center Honors.

The nicest aspect of this event, other than witnessing the famous trio perform the hit song, is witnessing dignitaries like Barrack Obama and Ringo Starr singing along in the background.

During the Eagles tribute portion, Ringo Starr appeared as a type of MC, introducing the ceremonies with a brief address. “I am honored to be here this evening to honor the Eagles, including my brother-in-law, Joe Walsh, who forced me to do this,” he said.

You can also watch the entire tribute segment below.