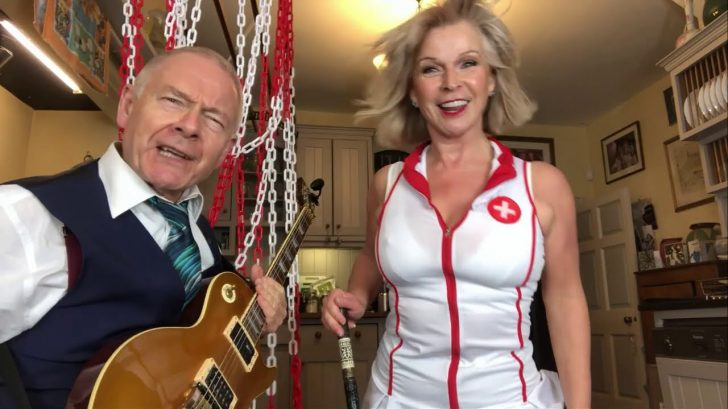 Similar to the recent releases, Fripp and Toyah have been releasing quarantine covers dubbed as “Sunday Lunch. Fripp on the guitar, while Toyah does the vocals. And with this cover, Toyah once again proves that 60 is just a number as she sports “sexy nurse” costumes.

“It’s Poison running through your veins….. Nothing more to say!” Willcox captioned.

Earlier this year, Fripp and Willcox shared their renditions of Led Zeppelin’s 1971 hit ‘Black Dog’. They also released a New Year’s message with their spectators around the globe in a different video.

“For my 2021, I wish for an inclusive, equitable, and compassionate society,” Fripp said in that clip. “And how I’m gonna get my wishes [is] by strapping on my guitar and rocking out like an uncontrollable fireball of rock fury.”

Last year’s October, the former King Crimson singer and bassist Gordon Haskell passed away at the age of 74.