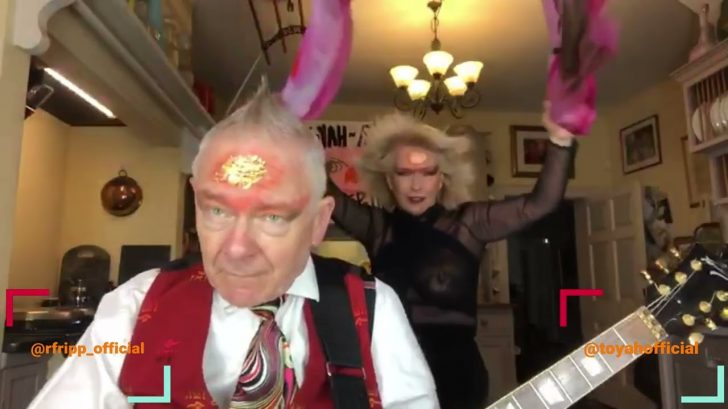 In the New Year, King Crimson guitarist Robert Fripp and his vocalist wife Toyah Willcox continue doing their “Sunday Lunch” shows. The duo covers The Offspring’s “The Kids Aren’t Alright” in the latest episode of the famous YouTube series.

Toyah dances behind Fripp, chanting the song’s dismal lyrics and twirling a wind-blown silk scarf about. At one moment, the scarf is draped comically over Fripp’s head as he is still playing guitar.

“The Kids Aren’t Alright” debuted at No. 6 on the Alternative Rock chart and No. 11 on the Mainstream Rock chart on The Offspring’s 1998 album, Americana. While no specific dates or towns have been revealed, Toyah and Robert want to do a tour for their “Sunday Lunch” performances this year.

With their versions of rock classics, the duo has amassed millions of views on YouTube. Their cover of Metallica’s “Enter Sandman” has received over 8 million views.

Watch Robert Fripp and Toyah play “The Kids Aren’t Alright” by The Offspring below.