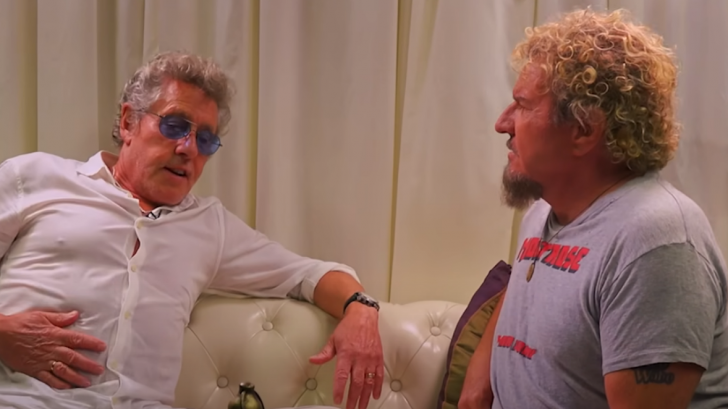 Sammy Hagar travels the country interviewing and jamming with some of music’s top acts. The show also includes Hagar’s personal anecdotes while on tour with his band, the Circle.

In the video below, Sammy headed to Lake Tahoe to visit Roger Daltrey of The Who. Sammy sings one of The Who’s best-known songs, and he sits down with Roger to talk about their appearance at the 1973 Charlton Festival.

Hagar shared an unheard account of being uncomfortable in front of 80.000 fans after being misidentified as The Who’s Roger Daltrey backstage.

Sammy also mentioned how they both performed on a festival lineup that included The Who, Montrose, Humble Pie, Lou Reed, and one of Bad Company’s initial appearances. What a huge bill!

What a delight to see Sammy interview Roger Daltrey, The Who’s incredible lead singer, in this episode.  Sammy was clearly captivated and overjoyed with this chance.