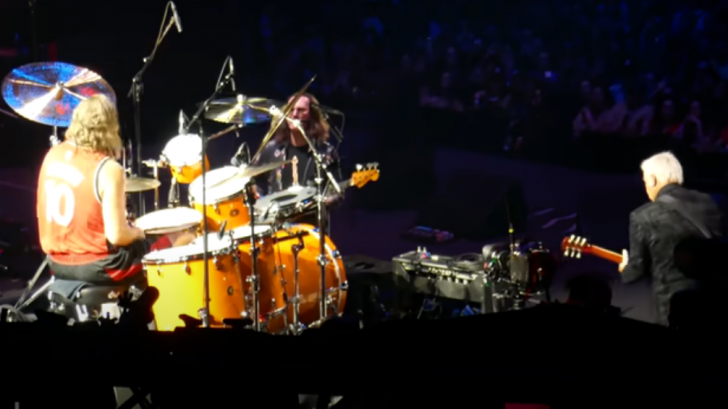 At the age of 50, Taylor Hawkins, the late drummer for the Foo Fighters, passed away suddenly earlier this year. On September 27th, members of the rock elite assembled to remember and honor his life. The Los Angeles show was the second of two celebrity-studded performance extravaganzas featuring famous Hawkins friends and admirers, after the tribute performance earlier this month at London’s Wembley Arena.

The reunion of Rush members Geddy Lee and Alex Lifeson onstage to perform “YYZ” with TOOL drummer Danny Carey standing in for the iconic Neil Peart, who unfortunately passed away in 2020, was one of the concert’s most unexpected moments.

Since Carey is a well-known Rush fan and has previously covered the band, playing the Moving Pictures highlight with them must have been an unforgettable event for him. Before Carey was recruited for the progressive rock pioneers, drummers from the Red Hot Chili Peppers and the Foo Fighters, Dave Grohl and Chad Smith, respectively played “2112 Part I: Overture” and “Working Man” with Rush.

Additionally, none other than actor and Tenacious D vocalist Jack Black presented the whole piece. Watch the performance in the videos below.