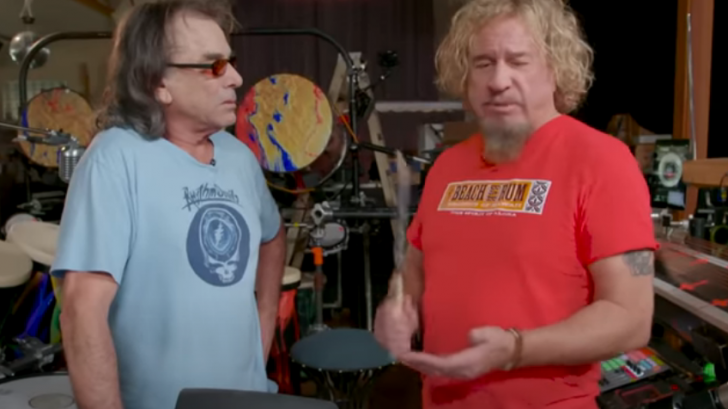 As part of a Christmas charity concert Sammy Hagar puts on, Bob Weir and Mickey Hart performed together on stage for the first time in more than a year in Mill Valley, California. Weir has previously performed at a charity event at the Throckmorton Theatre in a town just north of San Francisco.

Hagar is no stranger to the Grateful Dead milieu; in 1989, he shared the stage with Jerry Garcia in a performance, and on February 14, 2003, he joined The Dead on stage at The Warfield in San Francisco. Even though they were neighbors, Hagar and Weir have sometimes worked together live throughout the years.

The musical reality series “Rock & Roll Road Trip” was originally shown on AXS TV on January 24, 2016, and it is produced by Jim VanVranken, Evan Haiman, Jeff Carman, Devin Dehaven, and Stephen Stormer. It follows Sammy Hagar as he travels and encounters some of the most well-known rock and roll performers in the United States.

Sammy travels to Mill Valley, California, to meet the Grateful Dead after the incredible concert. Sammy and Bob Weir arrange an acoustic at the Sweetwater Music Hall for all the Deadheads before playing a trippy session in Mickey Hart’s studio in the stunning highlands.