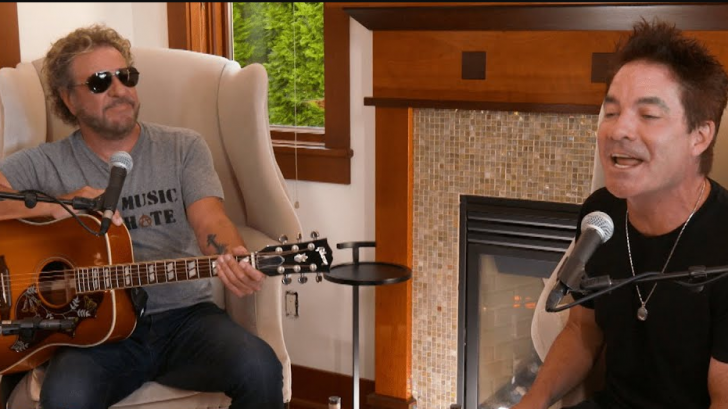 Sammy Hagar relaxes and speaks with Pat Monahan on a gorgeous boat ride in the video from AXS TV below. Once more on land, the two jam to “Drops of Jupiter,” a staple of the Train repertoire.

Although Train’s hits were frequently played on “alternative” radio stations, the group’s sophomore album, Drops of Jupiter, isn’t particularly avant-garde. Train is a want to be classic rock group in the vein of Counting Crows, but that’s not always a negative thing.

The composition by the band’s lead vocalist, Pat Monahan, perfectly encapsulated the agonizing sense of being abandoned by a lover who has gone off to discover themselves. Most listeners were unaware that the song’s inspiration was somewhat different. They were also unaware of the ironic background of how Train toiled endlessly to reach the brink of their big break, only to ultimately succeed owing to a dream.