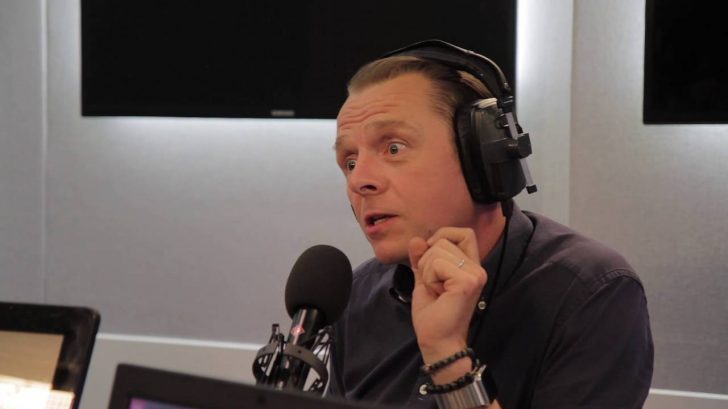 Actor Simon Pegg showcased his skills by impersonating all of the Beatles members.

He did the impression during an interview with Magic Radio – he admitted that his unique party skills are the impersonation of the four legends John Lennon, Paul McCartney, George Harrison, and Ringo Starr.

He appeared at the Magic Green Room to promote the 2016 ‘Star Trek Beyond’ where he reprises his character as Scotty for the third time.

Simon Pegg is a British actor with the real name Simon Beckingham. The surname Pegg was taken from her stepfather, her mother Gillian Smith’s second husband. In the second half of the 90s, he achieved television fame in his country thanks to broadcasts such as “Six Pairs of Pants”, “Hippies” and “Spaced”.

In 1999 he made his film debut with the comedy “Guest House Paradiso” (1999), directed, written and starring Adrian Edmondson. In 2020 he premiered, also accompanied by his friend Nick Frost, the series “Truth Seekers” (2020), a comedy, horror, and science fiction production.