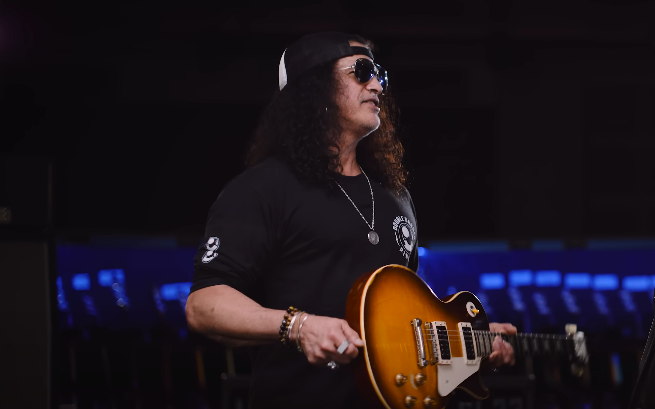 The Epiphone Slash Collection is aimed squarely at Slash fans and focuses on the most affordable range of the scale. Though we doubt you’ll ever see the Guns n’ Roses guitarist playing any of these models live, which is a shame. Still, it’s good to see him putting his “signature” model into the hands of fans who don’t have pockets deep enough for Gibson’s American versions.

The Slash Collection J-45 has a solid mahogany back and sides, and a solid Sitka spruce top with a ’50s-style pickguard. It also has a set of Grover Rotomatic tuners, a Graph Tech TUSQ nut and saddle, a neck in C, and a fingerboard radius of 16″. It comes factory equipped with an LR Baggs VTC preamp and pickup under the saddle.