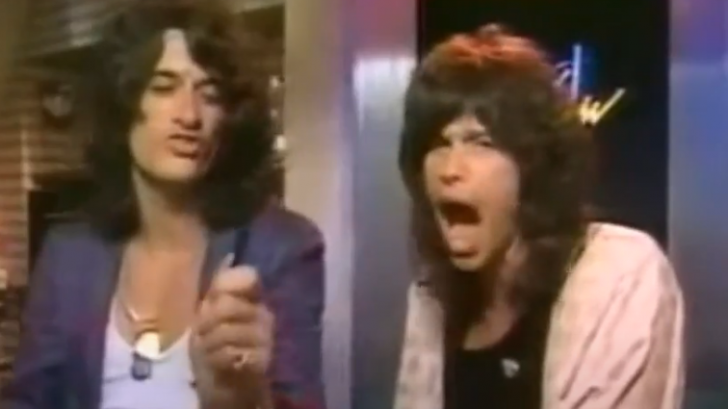 In order to establish themselves as the legendary band that still is, Aerosmith has had a checkered history in which two of its main legends, Steven Tyler and Joe Perry, were protagonists.

The first, a vocalist with a great personality who perfectly combines aggressiveness, madness, and voice to be the leader of the group. The other, an ideal complement to Tyler, with a devilish aptitude for the guitar, added to the creative genius of lyrics for his songs.

At the end of the seventies, and getting on the bandwagon of fame, alcohol, and drugs upset Tyler and Perry psychologically and physically and led them to commit a myriad of crazy things, earning the nickname “Toxic twins.” It is said that they got into the bad habit of smashing dressing rooms and throwing televisions on the floor or pool of the hotel where they were staying.

Many years later and already consolidated as one of the best rock bands of all time, with great albums like “Get a grip”, “Nine lifes” and good compilations, the second break was due to something more fortuitous. One of the great qualities that Aerosmith has preserved throughout its 40-year career is the camaraderie and bad blood and of course, being one of the few bands that remains with its original members.

Watch the two as Steven Tyler annoy the hell out of Joe Perry during an interview in the video below: