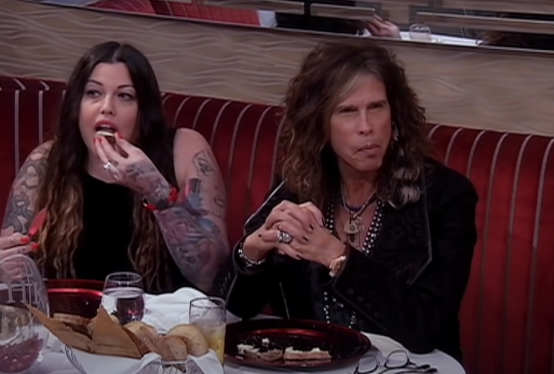 Dude looks like… he’s booked a table at Hell’s Kitchen.

In this 2014 episode of Hell’s Kitchen, Steven Tyler and his daughter Mia stop by to try whatever the Season 13 contenders have prepared, but it’s the length of the Aerosmith frontman’s blade that amazes chef Gordon Ramsay.

Who will “rock this service” and who will simply shout the tagline in the event of a culinary disaster? The surviving contestants were required to cook in front of Tyler as well as other “rock and roll night” visitors, which added to the pressure.

In the dining room, the contenders prepared for music icons and VIPs such as Stewart Copeland of The Police and Steven Tyler of Aerosmith for Rock and Roll night. Have you seen this episode? If you missed it, we’ve got a full and detailed summary for you right below.