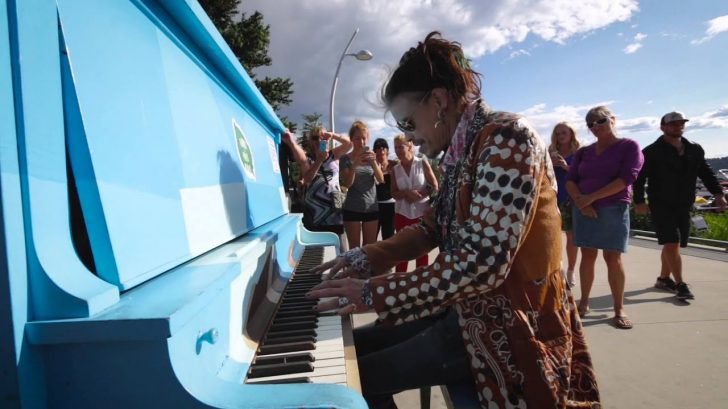 Aerosmith vocalist Steven Tyler performed a spontaneous, albeit short, public performance in a Kelowna park in 2015.

The 67-year-old rocker (at the time), who was in town for a show at Kelowna’s Prospera Place, performed the beginning to “Dream On” on a public piano in a local park before a scattering of stunned admirers.

Tyler is shown in the video approaching the piano, requesting to take a seat, and then performing a portion of the group’s song Dream On.

He spoke with the tiny audience that had gathered to greet him to Kelowna.

Everybody is welcome to sit down and start a song on one of the five public pianos situated around downtown Kelowna.

Tyler and his crew were dropped off in a limousine to Stuart Park, where he banged out some few chords of the hit “Dream On” before getting up and announcing that he needed to get over to his gig.