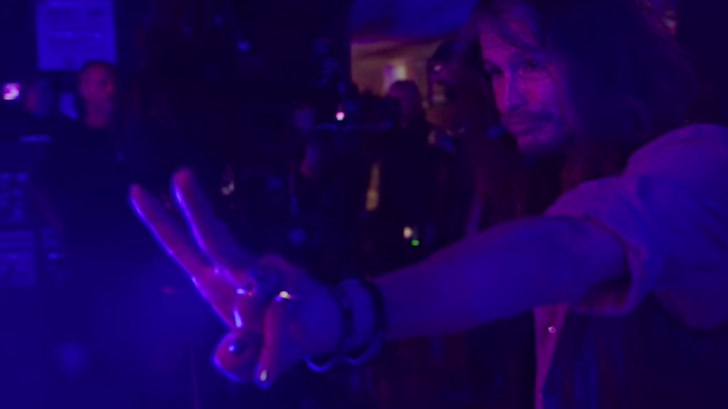 Out to go solo!

Steven Tyler introduced a new chapter in his career by releasing a solo album in 2016 and followed it with a solo tour.

Now, Tyler is releasing a documentary film about his solo journey titled Steven Tyler: Out On a Limb.

The film paints a portrait of Tyler’s experiences into embracing a new genre and diving into it without the mantel of Aerosmith. The film  promises to show a side of Tyler many have never seen before. The film also promises to inspire audiences with Tyler’s story of passion and his driven search for creative fulfillment.

Steven Tyler: Out On a Limb will be opening on the 49th Annual Nashville Film Festival on May 10th, the same day “Steven Tyler Day” will be celebrated in Nashville. Tyler has stated,

“Nashville is a key part of my musical journey and has had an influential place in my career, so this recognition from the city is a tremendous honor. I’m also so touched that the Nashville Film Festival selected Steven Tyler: Out on a Limb to kick off opening night of this year’s event with our world premiere.”

Steven Tyler: Out on a Limb  is directed by Casey Tebo and features cameos and interviews by Slash, David Hodges, Nathan Barlowe, and Starfighters to name a few.

The film will be available on Video On Demand and Digital HD on May 15.

Check out the trailer below: