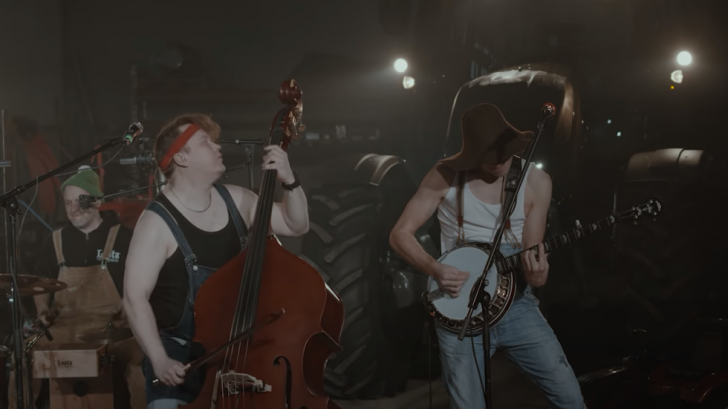 Within the rock community, bands like Metallica, AC/DC, Led Zeppelin, and Iron Maiden have all attained uber-iconic status. As a result, each of them has over the years received a variety of tribute albums and cover treatments, not just from other rock and metal bands but also from musical genres that seem to have little to do with the foundational ideas of the renowned bands.

A Finnish band by the name of Steve’N’Seagulls is one example of how renowned bands have been covered in a way that is unmistakably their own. Steve’N’Seagulls performs the music of AC/DC, Metallica, Iron Maiden, Led Zeppelin, and others while playing banjo, a standup bass, a pair of spoons, and occasionally an accordion. everything with an infectious passion, accuracy, and a naked sense of humor.

Recently, Steve’N’Seagulls released a video of themselves performing Thunderstruck by AC/DC while wearing overalls and t-shirts on a farm among a woodpile and a tractor. The video garnered attention. The YouTube video has received close to 12 million views so far.