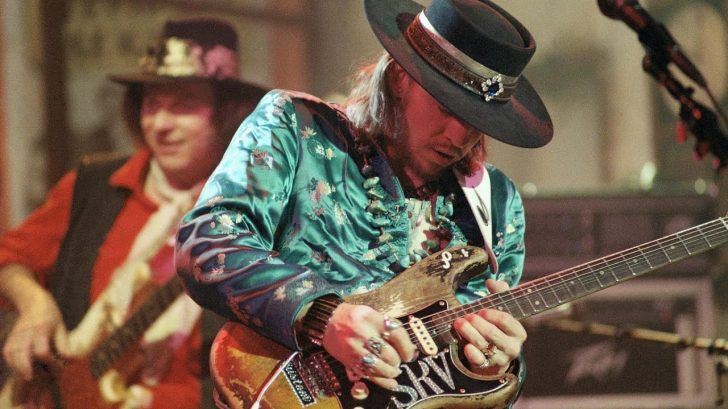 The story begins with producer Jerry Wexler recommending Vaughan and his band to play at the Montreux Jazz Festival, impressed after seeing them play in Austin, Texas.

The band, which still didn’t even have anything recorded, and little or nothing was known outside of Texas, was scheduled for an acoustic night, where an audience with ears unprepared for the power of Stevie Ray’s music awaited.

Which, to a small extent, can explain the jeers that can be heard in between the songs, in the live DVD that was remastered with the two concerts of 82 and 85 at the festival.

However, in the midst of this disconsolation, something good would come out of it. Still, in Montreux, Double Trouble had been scheduled to play in a casino, where everything aligned positively. David Bowie had attended the concert in Montreux and went to talk to Vaughan, impressed by his technique and feeling, so that he would participate in an album of his.

Something that happened on the “Let’s Dance” album. Jack Browne, an American musician, after attending the concert at the casino, stayed to chat with the band until dawn, and invited Vaughan and Double Trouble to record a demo in his personal studio, which would become the first album “Texas Flood”. John Paul Hammond, son of producer John Hammond also attended the concert and asked for a cassette of the performance to show his father, which later led to John Hammond offering to produce the first album and helping the band sign to Epic Records.

In 1985, Stevie Ray Vaughan returned with the band to the Montreux festival, and the reception was completely different. You can watch the 1985 remastered concerts in full below.