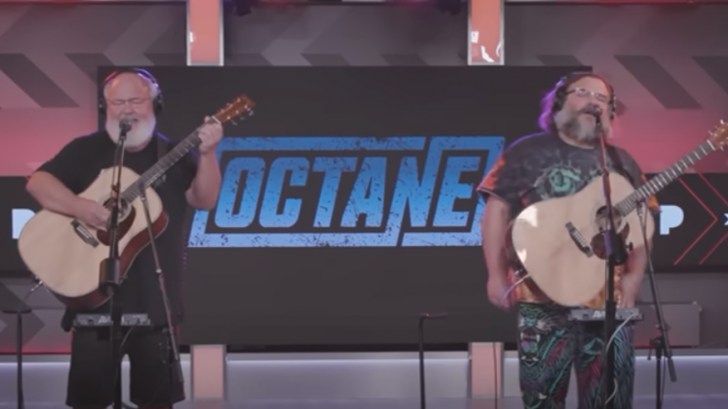 Tenacious D is renowned for its humorous heavy metal music that is also performed through acoustic instruments.

However, the band, which consisted of Jack Black and Kyle Gass, put on two outstanding performances for SiriusXM: a medley of Beatles songs and a cover of Chris Isaak’s “Wicked Game.” And they both nailed it. Watch the videos down below.

The song “Wicked Game” was performed by Black with earnestness and expression, and given the real musicianship displayed by the duo in the SiriusXM songs, it makes one wonder what Tenacious D rehearsals are like or can be like. Gass has a gift for music. In fact, it is said that he was the one who taught Black how to play the six-string guitar and even how to compose songs.

Black provided beatboxing for The Beatles’ medley, which also featured several of the most well-known Mop Tops songs. Tenacious D has previously released other cover albums, such as a medley of Who songs and a version of the yacht rock song “Summer Breeze” with Beck and Foo Fighters frontman Dave Grohl.