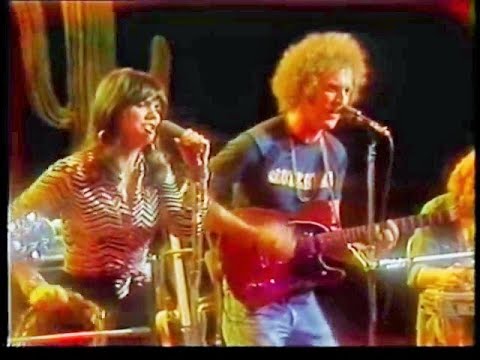 Linda Ronstadt and the Eagles were both of the most influential musical acts of the ’70s, and they performed together on one of Linda’s classic hits during a TV appearance.

In the video below, Ronstadt appeared and performed with the Eagles onstage during the taping of Don Kirshner’s Rock Concert.

The original members of the Eagles crossover with Ronstadt as she tears into a dynamic performance of “Silver Threads and Golden Needles,” a classic hit she converted into a Top 20 during its release as a single for the album Don’t Cry Now.

“We’d like to introduce someone who was very instrumental in putting our band the Eagles together,” Glenn Frey announces, inviting Ronstadt “our favorite girl singer.”

Frey initially met Don Henley, Bernie Leadon, and Randy Meisner before Ronstadt recruited them as the musicians for her solo band. Each of them was previously a music-vet of the country-rock scene in Los Angeles.