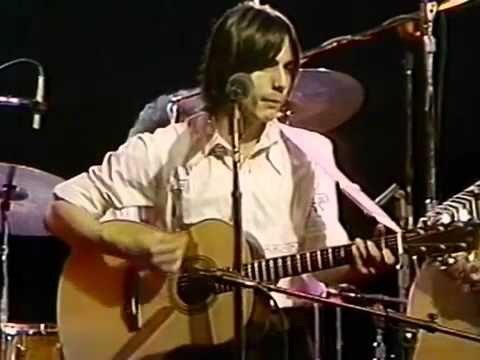 Released in May 1972, it was the song that opened the doors to success for one of the most famous and best-selling American bands of all time: Eagles.

A year earlier, Jackson Browne was working on the songs for what was to be his debut album, but he had gotten stuck, especially on one verse (Well, I’m standing on a corner in Winslow, Arizona), and although he had promised that he would be on time, it was not possible. His friend and neighbor Glenn Frey heard the beginning, liked it, and offered to help finish it. After a couple of negatives, he finally gave it to Frey to finish off. He did it, and in what way!

On May 1, 1972, it was released as side A of a single that went directly to the American Billboard charts. “Take It Easy” became a classic for the band and a fixture at their concerts. A year later, Jackson Browne would recover it and include it on his second album, “For Everyman”. An example of perfectly played country rock.