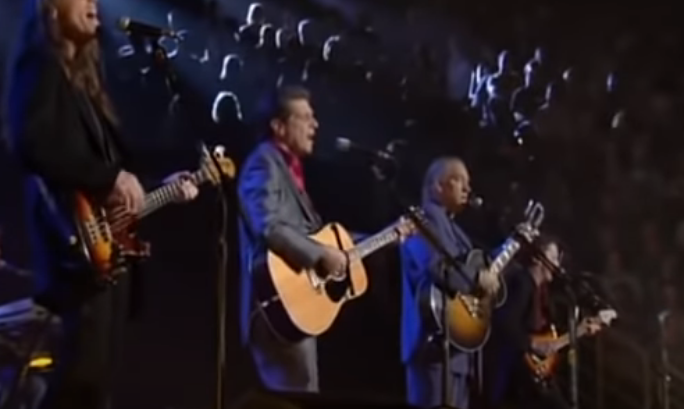 Your Chance To Watch The Eagles Again In Melbourne

In 2004, Eagles filmed their Farewell 1 Tour video in Melbourne, Australia. This lineup didn’t include Don Felder as he was fired in 2001 and was Glenn Frey’s last before his death in 2016. But with those facts hanging around, it’s safe to say that this is one Eagles greatest performance. With an almost 3 hour runtime, everyone seemed like that they had the time in their lives.

They played a whopping 29-song set. Fans were surprised that the Eagles were this famous even outside the US. Their set featured hits such as “New Kid In Town,” “One Of These Nights,” “Funk#49,” “Hotel California,” “Take It Easy,” and “Desperado. With the spatter of even more awesome songs in their lineup even after so many years everyone can still enjoy the greatness of this performance. Watch one of the Eagles’ greatest performances in Melbourne below: