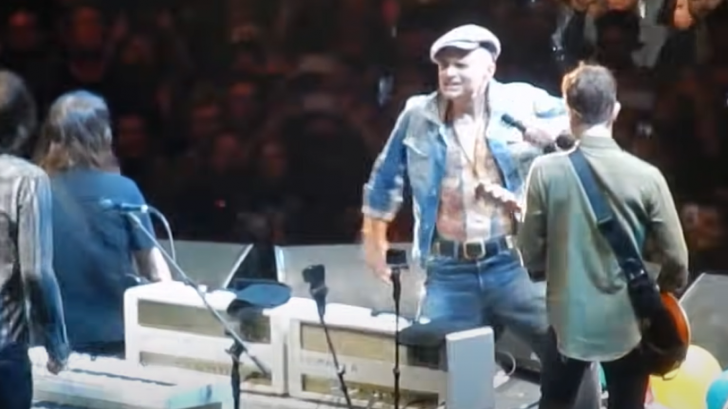 Grohl told the audience that most of the guests were people he knew and started inviting them such as Jack Black and Kyle Gass, Slash, Paul Stanley, and Zakk Wylde to name a few, but then he invited someone else whom he hasn’t shared the stage with ever before With that said, David Lee Roth joined him on stage, and as the master showman as he is, he asked the attention of the Van Halen and Foos fans to joined them in performing ‘Panama’ and rock it out.

The birthday celebration was definitely the concert of the year and history in the making. An incredible night for anyone lucky enough to witness it. A legendary moment for Foo Fighters that cemented their unquestioned status as the No. 1 regularly-touring rock band of all time.

Keep going for the video below and enjoy the performance.